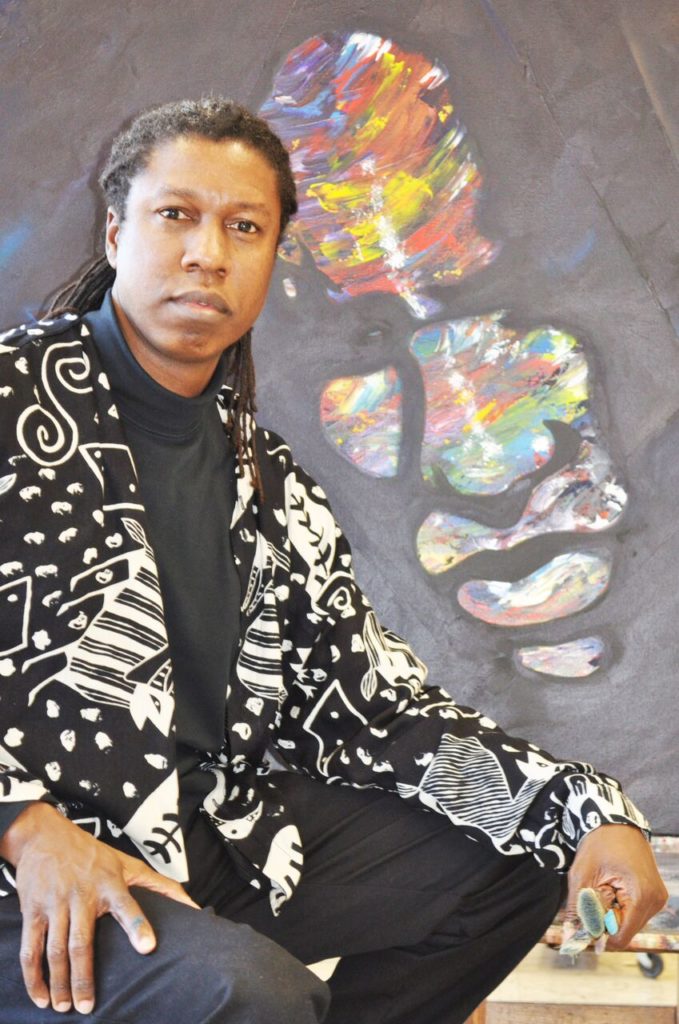 John Thomas Moore, “Jahni” born June 20, is an African-American artist and art collector. As an artist he has gained acclaimed in the United States and Colombia, South America having done several works in the hometown of famous Latin artists Pedro Nel Gomez and Fernando Botero. The artist has won many awards for both creative and humanitarian accomplishments. He believes that creativity should be an integral part of any effective educational (the root of a nation) and healing process.

Social commentary is a central theme to his artwork. On one side are intricately hauntingly detailed charcoal works on paper contrasted with vivid paintings in near living color. In 1999 he did his first “professional” mural at Earlyworks Children’s Museum. The piece is still on exhibit today. Jahni has served as an educator and taught “art” on every academic level from kindergarten to university.